“The idea of getting adequate and restful sleep is somewhat laughable for college students. Between all-nighter study sessions, binge-watching favorite shows, and trying to maintain some kind of social life, I often find myself smothering my phone with a pillow when my alarm(s) go off in the morning. So I was pretty intrigued by the concept behind Sleep Cycle alarm clock, an app that analyzes your sleep patterns to determine the best moment to wake you up. I’m all for trying anything that keeps me from doing that I’m-almost-late mad dash to class. Also, extra time for Starbucks? Um, yes! How it works: The app uses your phone’s mic to determine when you’re in the lightest stage of sleep (by listening for snoring among other things). You choose a half-hour window in which you want to wake up, set the alarm, and the app goes to work.”

Did this app have me springing out of bed when the alarm went off? Sadly, no. However, after a few days of using it, I didn’t feel the need to hit snooze several times and actually felt more alert during my morning routine, as opposed to doing everything with my eyes half open. The app even calculated my sleep quality percentage. It was terrible, btw. Shocker!

Anything acting as an alarm isn’t likely to be fun for night owls like myself, but the nerd in me got a kick out of checking and comparing my sleep trend graphs every day. (Yes, liking statistics is actually a thing.)

I was able to shrug off the initial heavy sleepiness more easily in the morning, I felt more perky, and I got some useful information about the quality of (or lack thereof) my sleep. I’d call that a win. 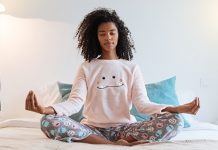 Wake & meditate: Your guide to a mindful morning 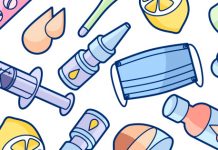 3 reasons why you should get the flu shot this year 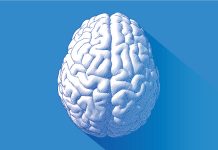 Think fast: 5 things you can do to improve your memory right now